"Babylon" centers around the racial divide of London in the 80s, and the lack of opportunities available to black people as a result of class, race, and poverty. The story follows David, a young black Rastafarian rapper in South East London, and working-class musician with Reggae Sound System Ital Lion, who hopes to rise above the trials of his daily life and succeed at a sound system competition. By day he works as a mechanic, at night he is a mic controller at a local dance hall. David loses his job, gets brutally beaten up and charged by the police, forcing him to go on the run. After breaking up with his girlfriend, all of his frustrations culminate in the unfortunate stabbing of a racist neighbour. 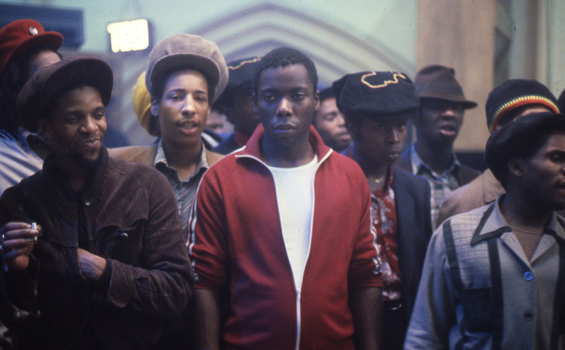