Made by a collective from Haiti, France and the UK, “Ouvertures” moves from the frozen landscapes of the Jura mountains to the urban centres of Port-au-Prince, bringing the Haitian revolutionary Toussaint Louverture back to life. In France a Haitian researcher attempts to read the past within the stratigraphic layers of Jurassic limestone, while in Haiti a group of young actors translate and rehearse scenes from “Monsieur Toussaint”, a play written by Édouard Glissant that recounts Louverture’s final days, as he lay dying in exile in a prison cell in the Jura in 1803. Ghosts from the pantheon of Haitian history visit Louverture on his deathbed and put him on trial and as the play proceeds the actors become possessed by their characters. Eventually the ghost of Louverture joins the group and takes them on a voyage for a new kind of exile. 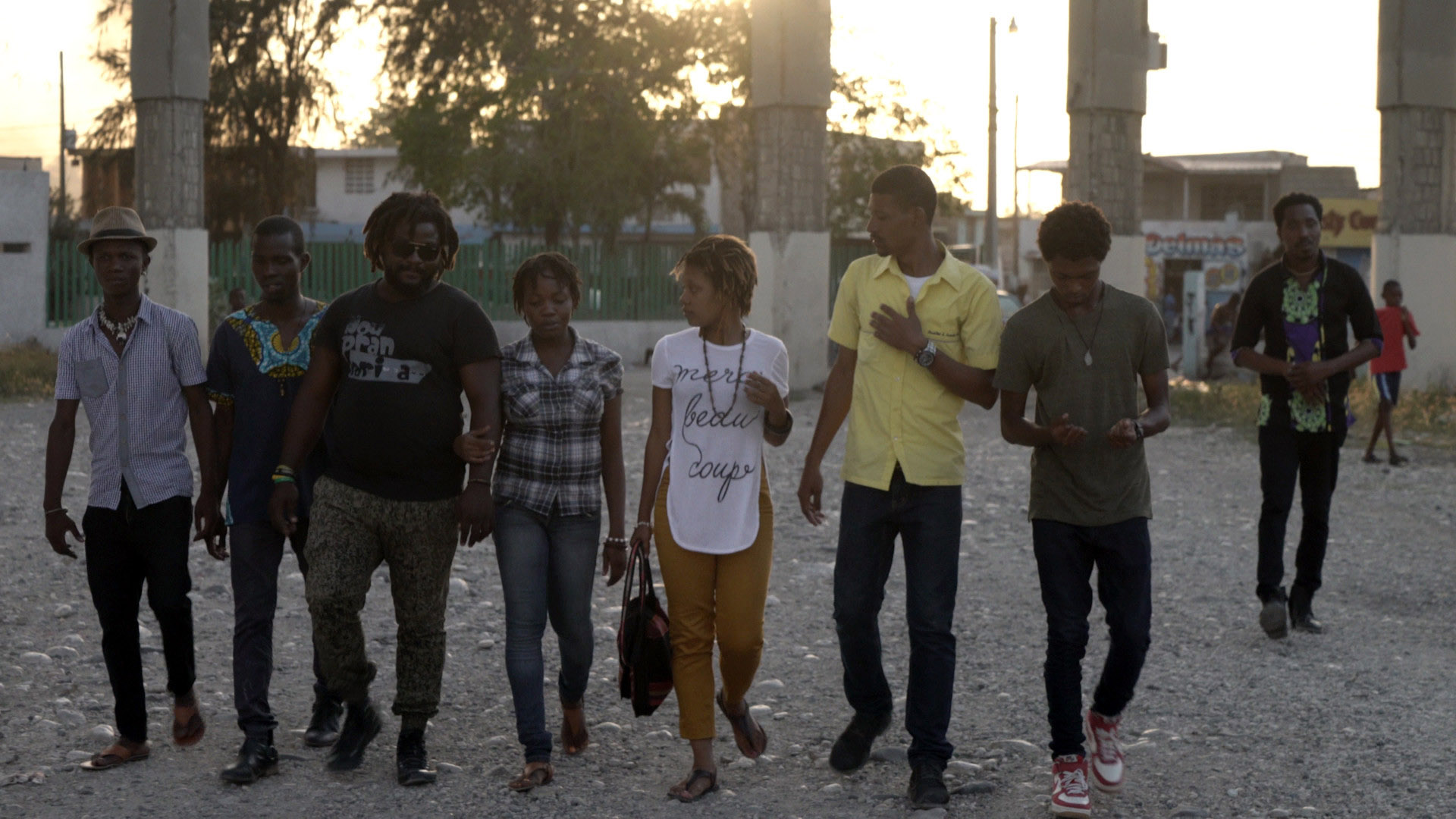 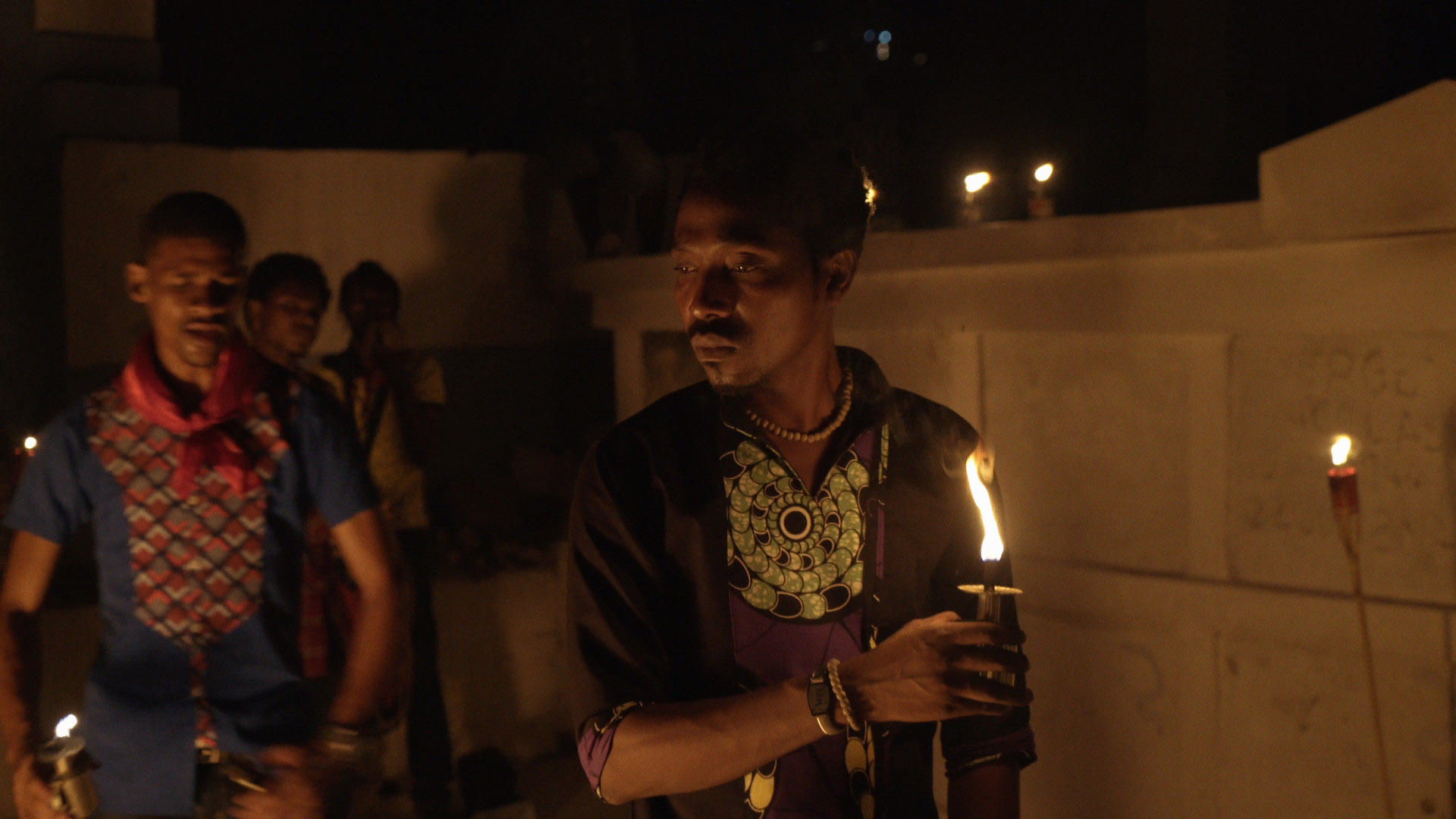