A redactive moving image poem created from bubbling sugar, that takes as its starting point Stuart Hall’s analogy of the contested history of the Atlantic Slave trade, its consequences (colonialism), sugar and English identity. Hall writes: “I am the sugar at the bottom of the English cup of tea. I am the sweet tooth, the sugar plantations that rotted generations of English children’s teeth.” Hall speaks not only as a Jamaican descendant of enslaved Africans transported to the British colonies but as all diasporic Africans whose legacy is rooted/routed in the transpontine consequence of sugar manufacture, thereby establishing a position of power and right to be/exist – in defiance of Otherness. 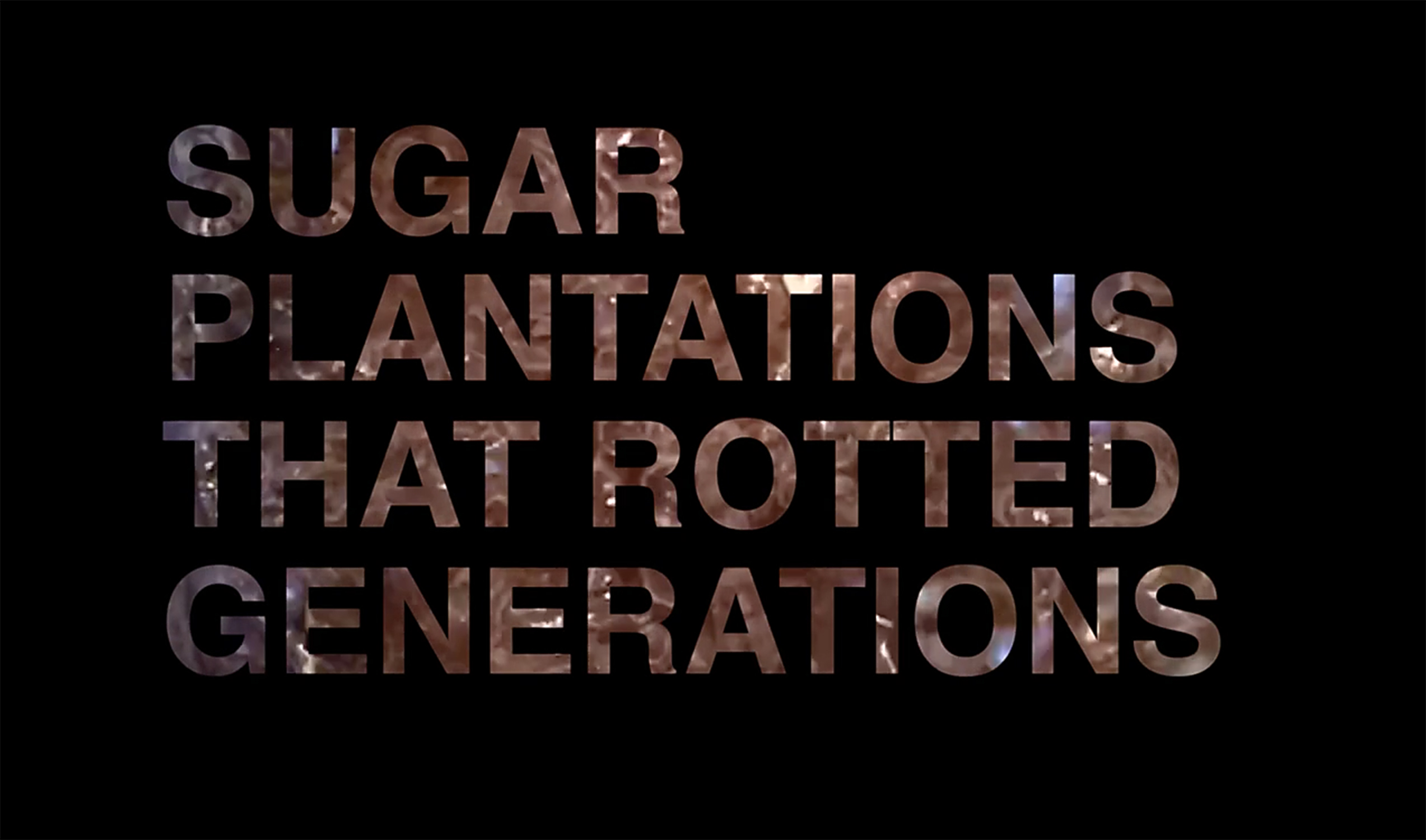