A dark comedy, “Perfume de Gardenias” (“Perfume of Gardenias”) tells the story of Isabel, an elderly woman living in a middle-class neighborhood in Puerto Rico. She has just become a widow after having cared for her husband until his last breath. But her recent loss becomes a blessing when she crafts a beautiful, custom-made funeral for him that catches the attention of Toña, a pious but domineering woman who involves herself in local funerals. Toña is the self-appointed leader of a coterie of elderly church ladies, and she enlists Isabel to put her unusual talents to good use and design custom, idiosyncratic funerals for her ailing neighbors. Isabel agrees to perform this strange line of work, and finds renewed purpose in her own life. Along the way, however, Isabel is forced to question her own beliefs, as well as her relationship with both life and death. 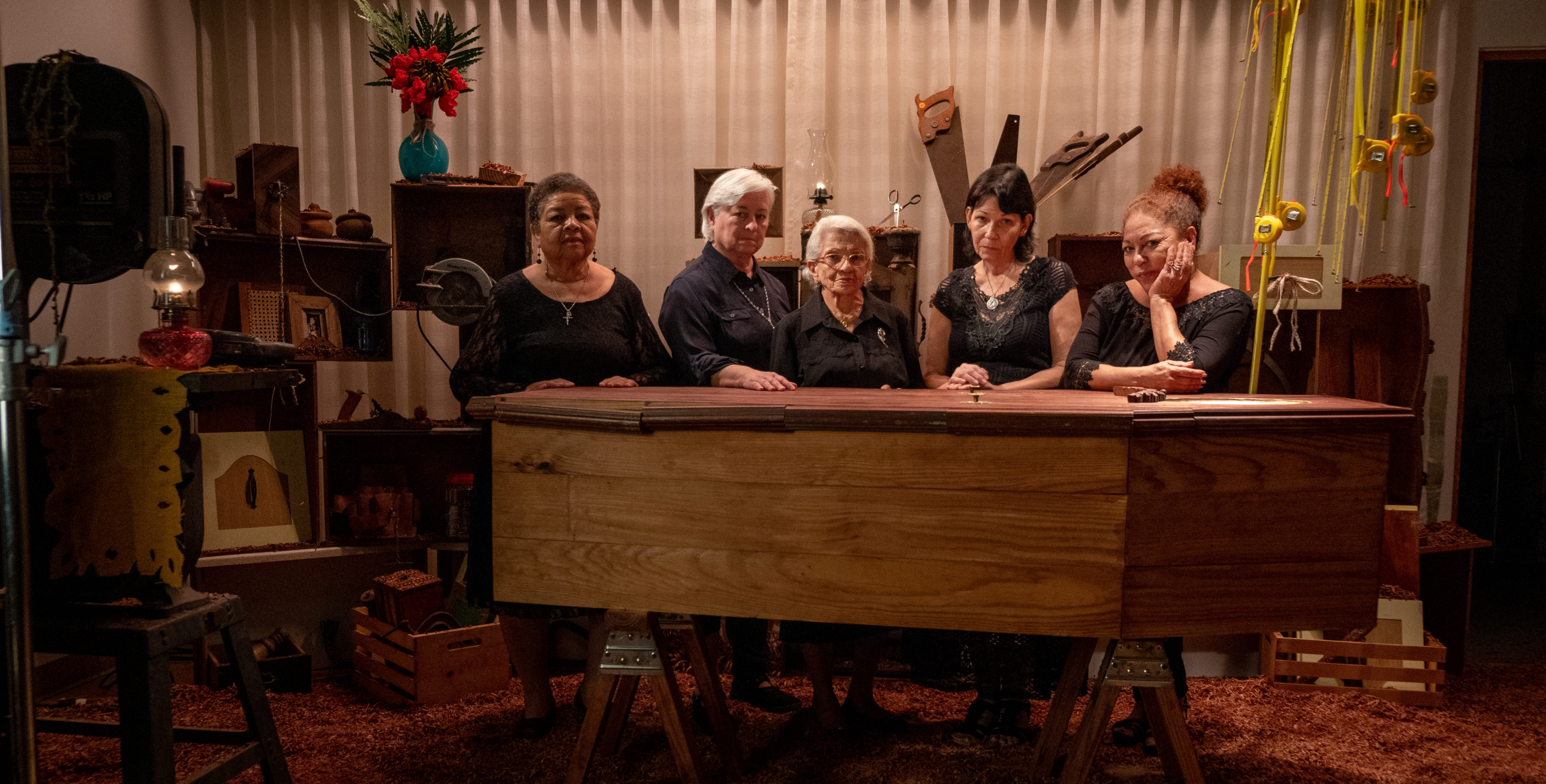