This short experimental film explores the visual architecture of the moving image. Using the special case of continuous lateral movement created from filming from a moving train, the film trails and loops across the screen, revealing the passing landscape. Filmed from the passenger compartment of the Berlin Ring-Bahn, the extended vision of the scenery includes surreptitious graffiti, elongated buildings, and a spatially compressed, passing train. The musical accompaniment is constructed from the original audio and created through the manipulation of delay-effect frequencies. 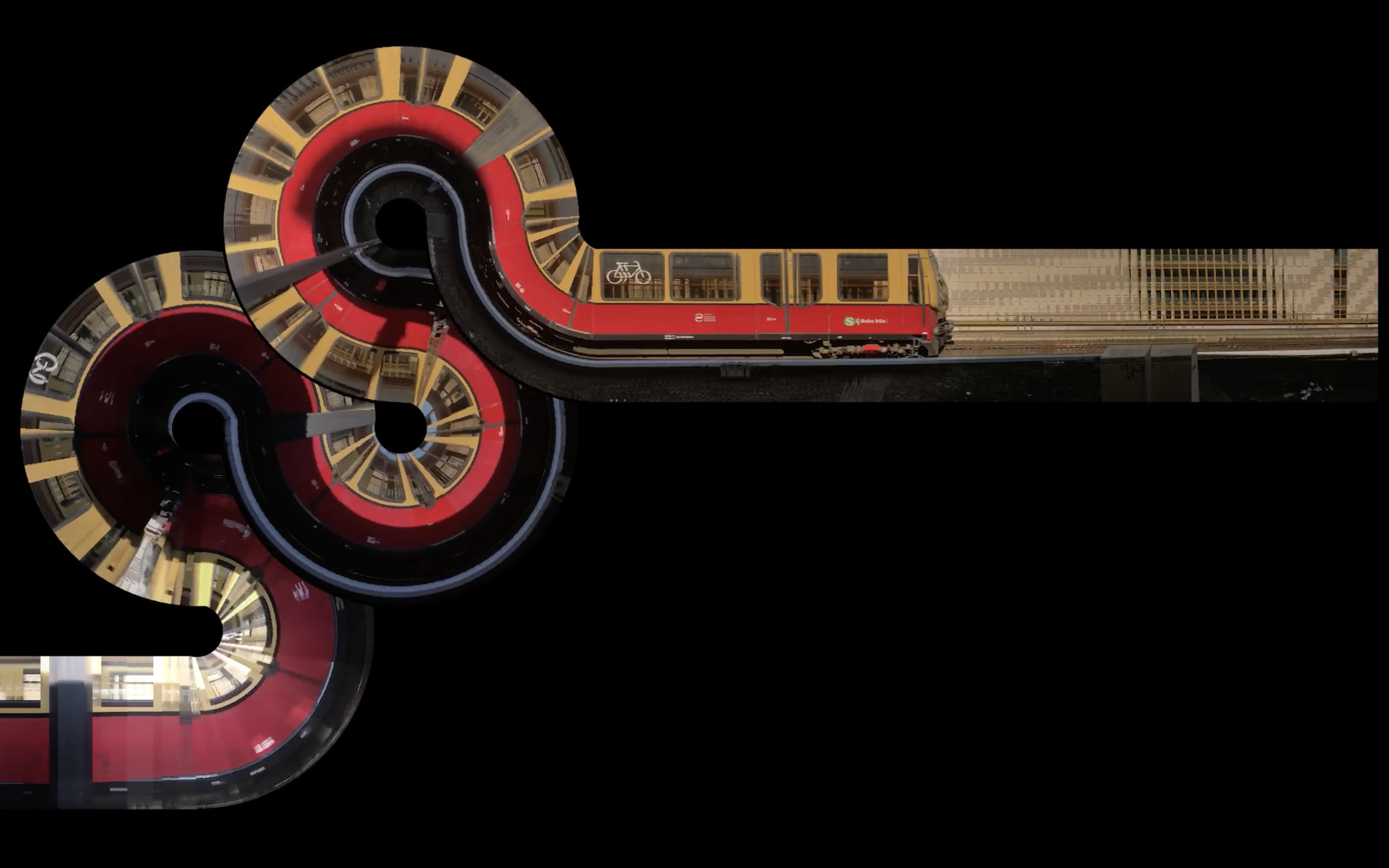