Seventeen Colours and a Sitar is a riveting explosion of paint and music. In this beautifully crafted film, British born painter Rex Dixon and Trinidadian musician Mungal Patasar explore musical interpretations of colour and visual imagery that deal specifically with the journey between India and the Caribbean. Dixon produced a series of paintings based on a trip to India in 2010 and the India trained classical sitarist Patasar writes original music that is inspired by these paintings. The film features original pieces created on-screen by both Dixon and Patasar who discover common threads in their work. The film is shot in an experimental art documentary style, ‘Seventeen Colours and a Sitar’ and gives a one of a kind opportunity for viewers to see two artists from two seemingly opposed genres (a western abstract expressionist artist and an oriental trained classical sitarist) explore the similarities and differences in their processes of making their art, and to demonstrate the fusion between two disparate art movements before the camera. The Caribbean landscape provides a canvas and sounding board for their explorations of colour and tonality and explodes on film as a marriage between intuitive and experimental ways of working. Filmed in high definition, with dreamscape appearance by the 3 Canal musical trio who join Dixon in his studio to put their song to painting, the film engages with the creolized identities that emerge from the Caribbean landscape which offers a diverse palette that feeds their intuitive and experimental ways of working. 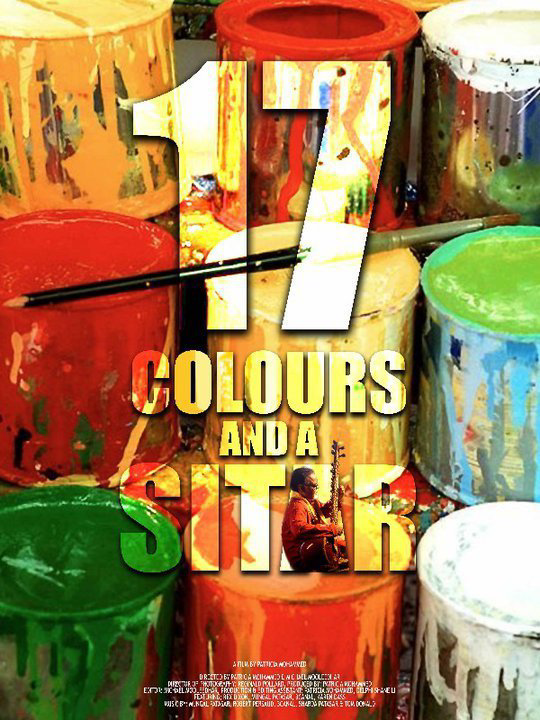 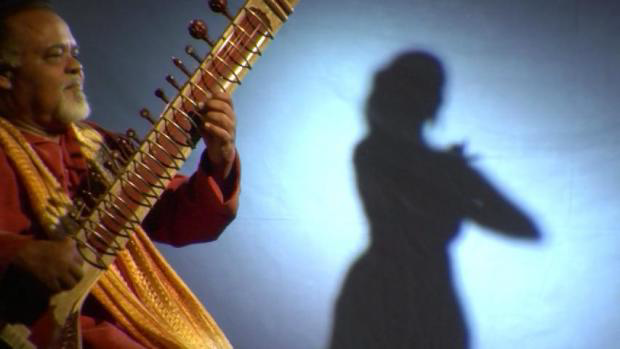 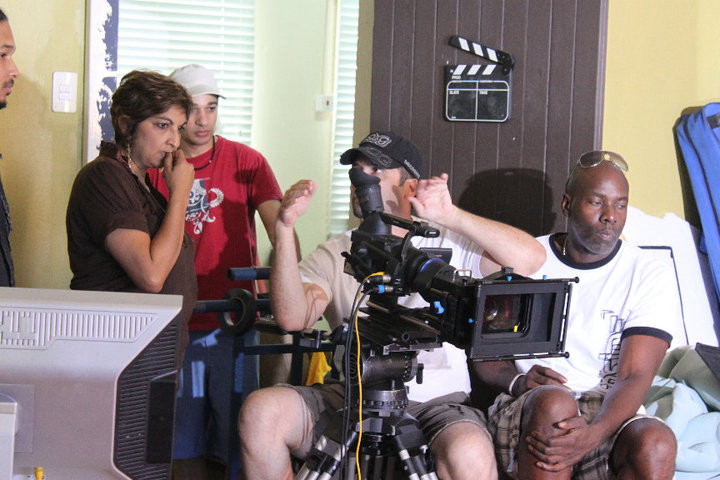