“Siege” recounts the terror and courage of TTT employees as they re-live their days held captive under the gun barrels of 70 heavily armed Muslim insurgents. The documentary also recounts the Army’s ferocious counter-attack against the Muslimeen and how journalists and technical staff trapped inside the Television Station survived the blasts from rocket launchers and over 1 million rounds of ammunition. Created by Andrew-Lett, Dion Boucaud and Francesca Hawkins as part of the UWI film programme, this documentary produced in May 2008, will give anyone interested in the events of 1990. 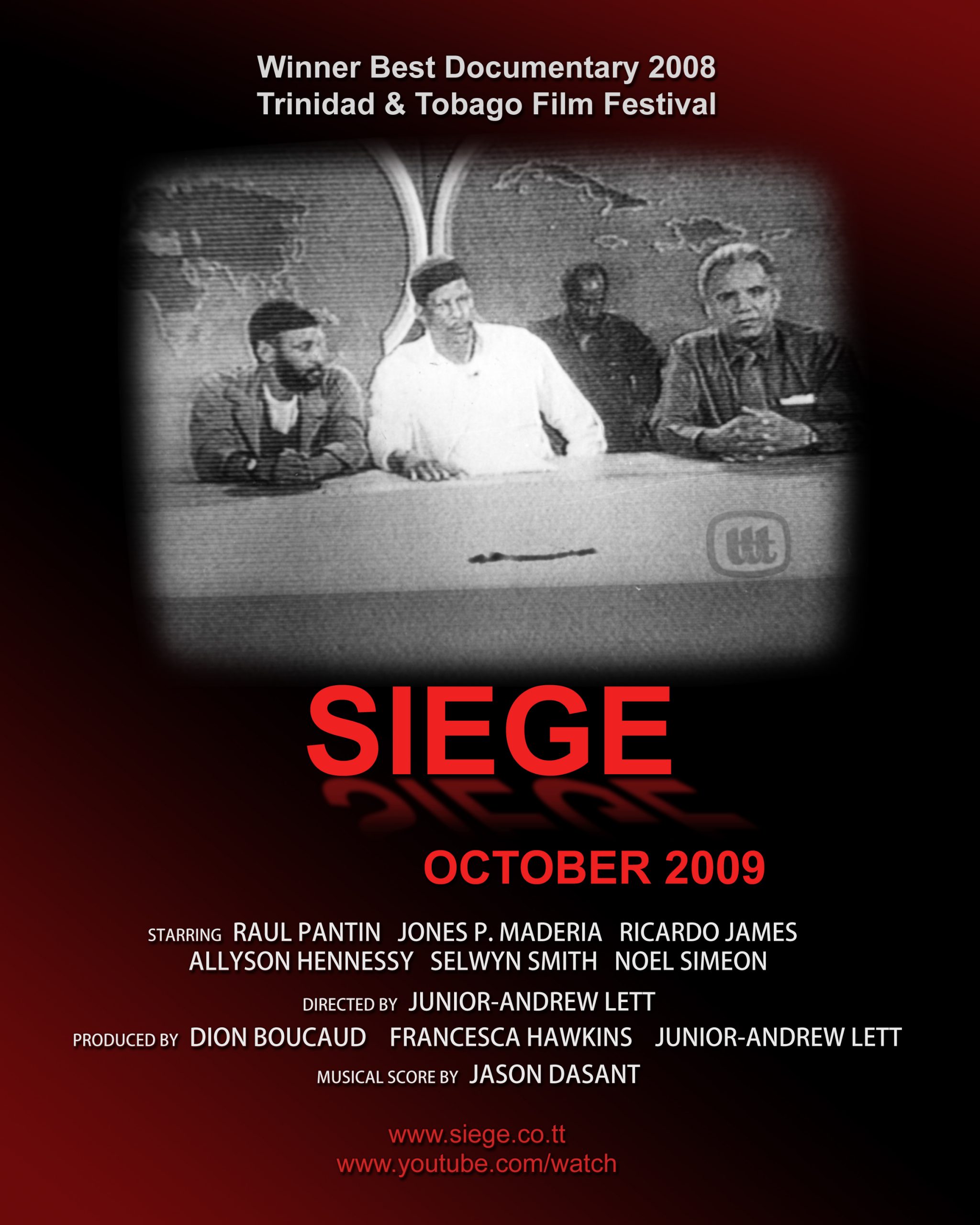