In 1802, Napoleon Bonaparte prepares to seize power in Paris, but first, he plans to re-assert France’s authority over Saint-Domingue against Toussaint Louverture, and in Guadeloupe against the “Provisional Council” set up by Magliore Pélage, who was elected after Governor Lacrosse was sent back by the island’s inhabitants. Bonaparte decides to send an army, commanded by young General Antoine Richepance. From the moment he arrives and makes his first move, Colonel Louis Delgres, commander of the troops in Basse Terre, understands that this expedition has been mandated to impose “new” politics by force. This policy can only be a return to slavery. Led by Delgrès, a formidable popular movement goes into action. This marks the beginning of “1802, the saga of Guadeloupe”. 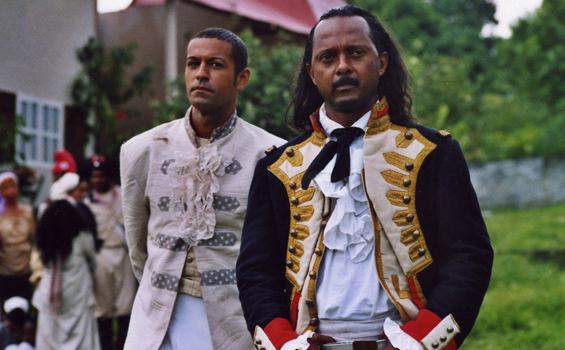